The Hirshberg Foundation enlists USC in its fight against pancreatic cancer with $25,000 grant to fund new treatments

Pancreatic cancer is among the most lethal of all cancers, but the least funded for research. According to American Cancer Society estimates, more than 45,000 Americans will be diagnosed with pancreatic cancer in 2013, and nearly 38,500 will die. The incidence of this cancer has been slowly increasing over the past decade.

The Hirshberg Foundation for Pancreatic Cancer Research, now in its 15th year, funds projects and programs designed to improve patient care, treatment and, ultimately, survival rates. In its quest to discover the biologic mechanisms of pancreatic cancer, the Hirshberg Foundation recently provided $25,000 to the Keck School of Medicine of USC and the USC Norris Comprehensive Cancer Center. It is the foundation’s first gift to USC. END_OF_DOCUMENT_TOKEN_TO_BE_REPLACED Read More » 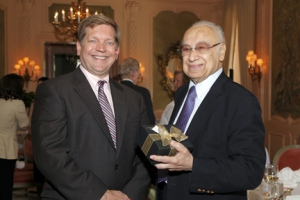 When USC Norris Director Stephen B. Gruber, MD, MPH, visited the woman the day after surgery, “she was sitting up in bed laughing with her husband and eating ice cream,” he said. END_OF_DOCUMENT_TOKEN_TO_BE_REPLACED Read More »

Ram Subramanyan, assistant professor of surgery, speaks at a June 13 STOP CANCER event at the Health Sciences Campus. The event, hosted by USC Norris Comprehensive Cancer Center Director Stephen B. Gruber, recognized STOP CANCER members for their many years of support, and provided an update on the progress of the USC Norris STOP CANCER awardees. END_OF_DOCUMENT_TOKEN_TO_BE_REPLACED Read More » 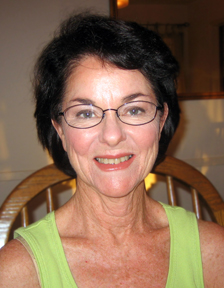 As a scientist, she specialized in researching gene therapy, and managed two large labs. Her last project focused on developing a new therapy for AIDS patients. END_OF_DOCUMENT_TOKEN_TO_BE_REPLACED Read More »