Michael Quick, USC provost and senior vice president for academic affairs, and Carol Mauch Amir, senior vice president for legal affairs and professionalism, will be retiring from their positions, effective June 30, according to a memo from USC Interim President Wanda Austin. Quick will return to the faculty, where he is a professor of biological sciences in the USC Dornsife College of Letters, Arts and Sciences.

“I am personally grateful to Michael and Carol for working closely with me as we prepare for our new president’s arrival this summer,” Austin wrote in the April 2 memo. “They have shown tremendous dedication to our university and its community and have led with integrity and compassion. I hope you will join me in wishing them well in their future endeavors.”

Austin will work with USC President-elect Carol Folt to select their successors, according to the memo. An interim provost will be named in the coming weeks and a search committee will include faculty across an array of schools at USC.

“Our search for both positions will be national in scope and exhaustive in reach,” Austin wrote. “We will keep you posted on our progress, as appropriate.” 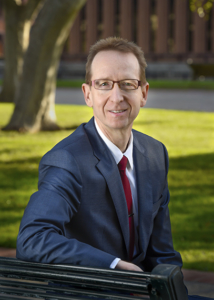 During Quick’s tenure as provost, he focused on strategic initiatives that advanced the university and raised its profile internationally. These initiatives included working with deans and other academic leaders to hire and retain extraordinarily accomplished faculty; recruiting the highest achieving and most diverse student body in the history of the university; and supporting faculty in achieving the largest extramural research funding portfolio in USC’s history. Quick developed an effective partnership with the Academic Senate, as well as the graduate and undergraduate student governments, and he mobilized our university efforts on such “wicked problems” as homelessness, sustainability, and immigration, all with a focus on social justice.

Drawing on his own experience as a first-generation college student, Quick spearheaded USC’s efforts to advance diversity, equity and inclusion throughout the university’s structures, and partnered with faculty, students and staff on the Diversity Council. Every school at USC now has a diversity liaison and a diversity plan, and Quick created a matching program to provide $50 million to support diversity and inclusion efforts in the schools. Further, he established task forces to work on consequential issues such as the Deferred Action for Childhood Arrival (DACA) and sexual harassment, and advocated for new programs and services to support wellness in our community. He championed our pipeline programs — notably Bovard Scholars — to support high-achieving, lower income students and to prepare them for success in higher education. He also supported the research, teaching, practice and clinical faculty — or RTPC faculty — by establishing promotion ladders and greatly increasing minimum salaries, while emphasizing the importance of excellent teaching. In returning to the faculty, Quick will continue to share his wisdom and wit with colleagues and students. 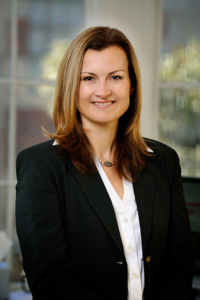 Amir arrived at USC in 1999 as an attorney working with the health sciences, rising to the general counsel position, and more recently becoming senior vice president for legal affairs and professionalism. In her long career at USC, her strategic thinking and expertise have been instrumental in a number of efforts, including the consolidation and acquisition of the Keck Hospital from Tenet Healthcare and the subsequent growth of the health enterprise, support for the transformation of Exposition Park, and the ongoing legal defense of the university.

In the past year, Amir has overseen the establishment of the Office of Professionalism and Ethics (OPE), which for the first time creates a central location for investigation, monitoring, and tracking of all types of complaints at the university. She helped formalize the university’s initiatives to advance culture change, including structuring the President’s Culture Commission and the Working Group on Culture, and recruited a chief ethics and compliance officer. She has worked with the audit and compliance committee of the board of trustees to increase the scope and substance of the reporting and monitoring undertaken by that committee. Amir’s leadership in building the division of the Office of Legal Affairs and Professionalism has been important to the future of USC, and exemplifies the lasting ways that members of the university can effect culture change at USC.