The 2019 Meira and Shaul G. Massry Prize has been awarded to Stanley T. Crooke, MD, PhD, of Ionis Pharmaceuticals, and Ryszard Kole, PhD, emeritus professor from the University of North Carolina at Chapel Hill. The researchers are recognized for their seminal work in the development of oligonucleotides targeting messenger RNA as novel therapeutics for a wide range of human diseases.

As part of winning the 2019 Massry Prize, Crooke and Kole will deliver lectures open to all faculty, staff and students, beginning at 12:30 p.m. Oct. 24 at Aresty Auditorium on the Health Sciences Campus. Kole will deliver a lecture titled, “Mysteries of RNA Splicing and the Path to Treatment of Rare Inborn Disorders,” while Crooke’s lecture is titled, “Antisense Technology: Today and Tomorrow.” 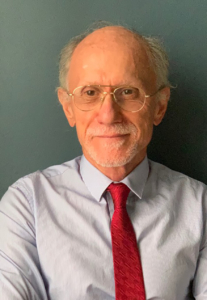 The basic principles of modern cellular biology hold that: (1) the nucleus of every cell in the human body contains genetic information, encoded by four molecules (called A, T, G and C) in its DNA, arranged like beads on a string. The sequences on the strings of the four molecules determine each person’s genes. (2) Differences in cells in the human body result from differential expression of subsets of genes into cell-specific subsets of RNA molecules; each RNA molecule is a bead-on­a-string copy of one of the DNA sequences of the genes. (3) RNA molecules are translated into proteins that carry out the functions of the cells — the structural proteins, hormones, enzymes and antibodies produced by different cells. For example, each nucleus contains the gene encoding insulin. However, only in the pancreas is the DNA for insulin expressed as an RNA molecule. Consequently, only pancreatic cells express the insulin protein.

Many diseases are caused by mutational errors in the DNA sequences of genes, errors that result in the expression of proteins that have altered, deleterious functions. It is intuitively obvious that researchers can target disease by altering gene function with chemical therapeutic agents that modify DNA, or by using agents that enhance or inhibit functions of proteins that are expressed at the wrong levels or whose functions have been altered. Scientists also can use proteins such as hormones and antibodies as therapeutic drugs, such as using insulin to treat diabetic patients.

The 2019 Massry laureates had the insight to conceive of a non-obvious fourth alternative by creating a new class of pharmaceutical agents to attack disease and to develop the first therapeutic agents based on their ideas. Crooke and Kole pioneered targeting RNA molecules expressed from target genes, either to eliminate these RNA molecules or to alter the function of the proteins they encode. 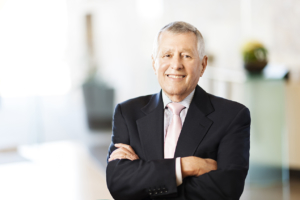 If the RNA strand is considered the “sense” strand, Crooke and Kole suggested that they could create “antisense” strands to pair with target RNAs in cells and either prevent those RNAs from being read into offending proteins, or change the nature of the protein being made. Despite conceptual resistance to their ideas, and enormous practical obstacles, both were successful in developing “antisense oligonucleotides” as therapeutic drugs and creating a new sector of the pharmaceutical industry.

“Drs. Crooke and Kole are both extraordinarily creative scientists and classic entrepreneurs; they are outstanding examples of scientific creativity and ingenuity clearly deserving of the 2019 Massry Foundation Prize,” Shaul Massry wrote of the laureates.

RSVP for the lecture at usc.edu/esvp, Code: Massry2019, or view the live webcast at http://medmedia.usc.edu/massry. Refreshments will be served beginning at 11:30 a.m.