The event honored philanthropists Dana and David Dornsife with the Visionary Award and physician-scientist Parkash Gill, MD, who was recognized with the Research Innovation Award for his groundbreaking cancer research as one of USC’s elite team of scientific researchers. Funds raised support the innovative cancer research at the 43-year-old USC Norris Comprehensive Cancer Center, which offers about 250 clinical cancer trials each year.

Gruber then took the stage to thank the evening’s supporters, which included Ray and Shauna Mirra, presenting sponsors and honors chairs, and Tom and Holly Gores of Platinum Equity, the platinum sponsor for the event.

Gruber also spoke of the exceptional research being done by the more than 200 world-class faculty scientists at the USC Norris Comprehensive Cancer Center.

A highlight of the evening was the presentation of the Norris Visionary Award to Dana and David Dornsife. The Dornsifes, recognized as international philanthropic leaders, were honored for their advocacy and funding for cancer research and their help with patient treatment, especially cancer patients who have a clinical trial as their best option for treatment.

Dana Dornsife is president and founder of Lazarex Cancer Foundation, whose mission is to help late-stage cancer patients navigate their clinical trial options and to provide financial support. She founded the organization after losing a brother at age 48 to pancreatic cancer. The Lazarex Cancer Foundation is dedicated to bringing scientific and medical institutions together with government to fund research and find faster cures and treatments for cancer. David Dornsife serves as vice president of the Hedco Foundation, whose mission is health and education improvement.

“Our honorees, David and Dana Dornsife, are not only accomplished figures in their respective professional fields, but each is personally dedicated to supporting the efforts to conquer cancer and provide compassionate care to patients,”   Gruber said.  “We are honored to celebrate the Dornsifes for their continued generosity to USC and to their commitment to our mission.”

Honorary Chair Raymond Mirra joined Gruber on stage to present the Research Innovation Award to Gill, professor of Medicine and Pathology at the Keck School of Medicine of USC. Gill’s laboratory at USC Norris Comprehensive Cancer Center has an active translational program to develop cancer therapeutics based on basic or classic bench research.

“Dr. Gill’s extraordinary research is supporting our mission to make cancer a disease of the past,” said Gruber. “It is the dedication of Dr. Gill and our entire university-based research team that continue to make USC Norris recognized as one of the top cancer research centers in the nation.”

Dana Carvey’s comedic monologue led into the introduction of special guest Pierce Brosnan. The actor who played James Bond, among other memorable roles, was on hand to introduce multi-Grammy Award winner Don Henley.

Currently touring for his new album, Cass County, the founding member of the Eagles brought the crowd to its feet with performances of classic favorites such as Dirty Laundry, New York Minute and All She Wants to Do is Dance. 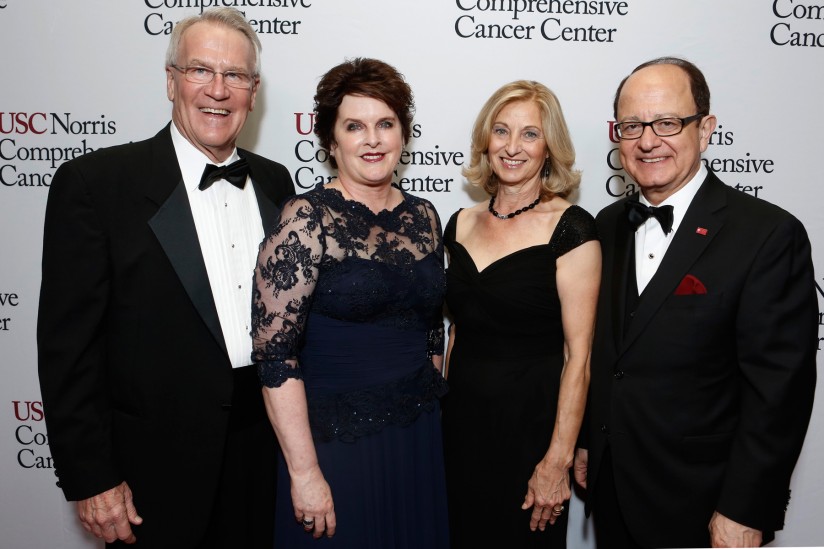 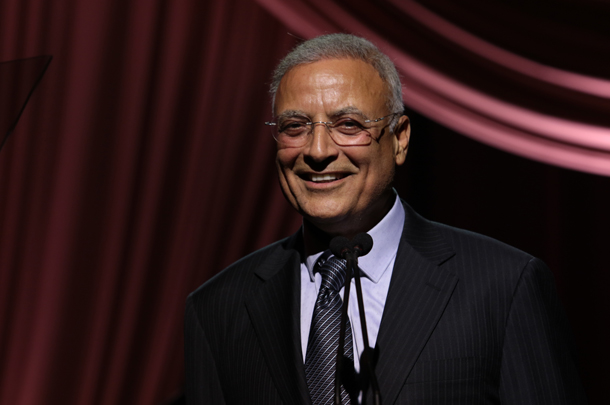 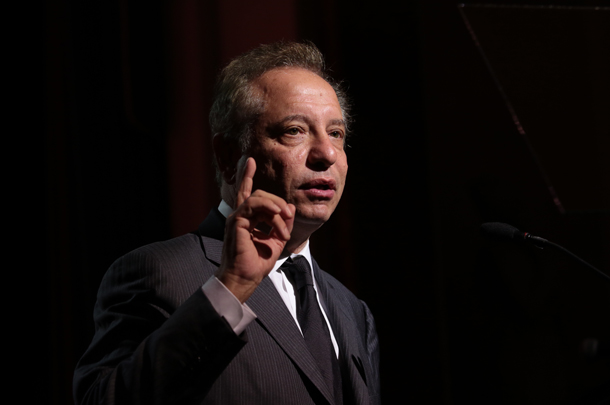 Carmen A. Puliafito, dean of the Keck School of Medicine of USC, during his opening remarks. 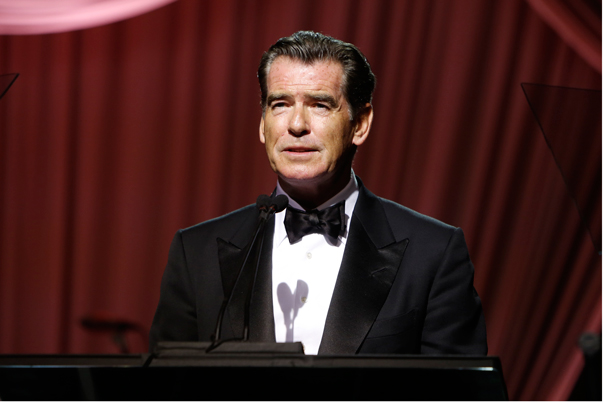 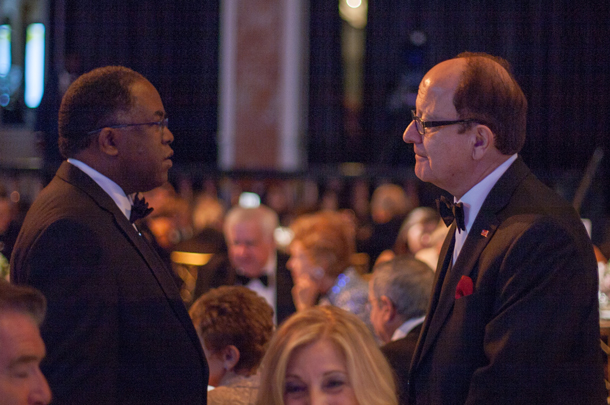 Mark Ridley-Thomas of the Los Angeles County Board of Supervisors chats with USC President C. L. Max Nikias during the USC Norris gala on Oct. 10. 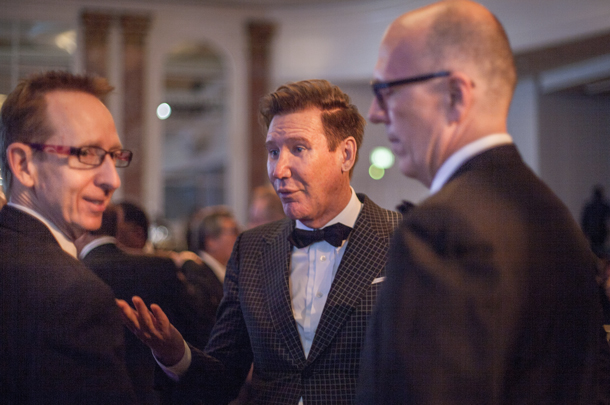 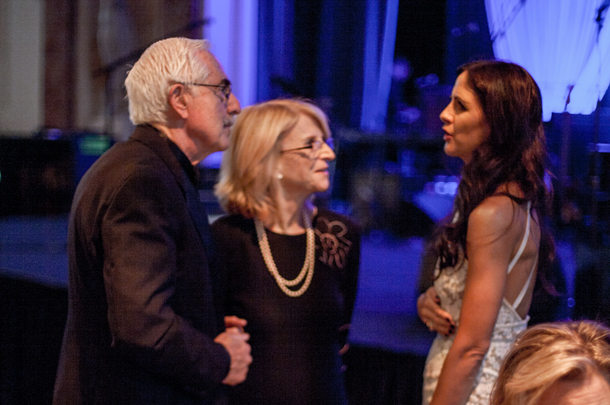 Medical expert Art Ulene, who is a USC Norris Ambassador, and his wife, Priscilla, chat with Carla Baker at the USC Norris gala. 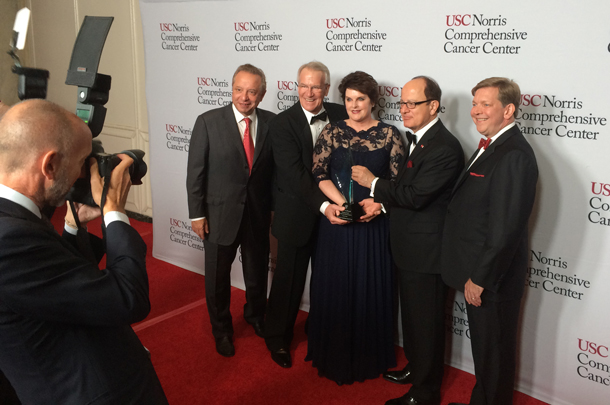 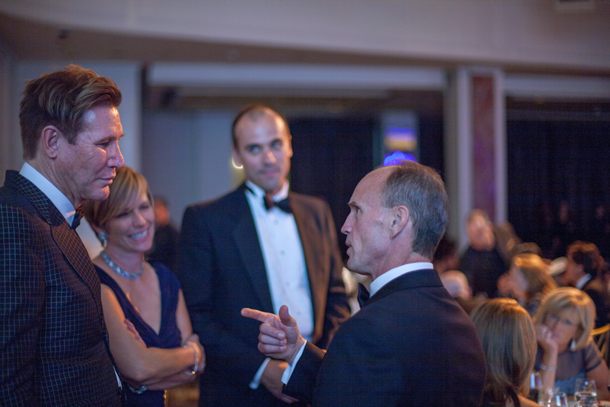 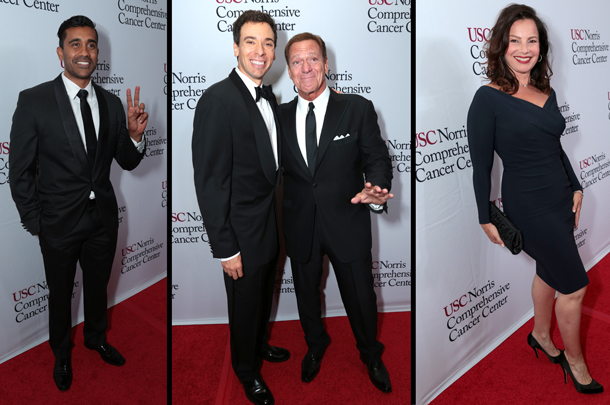 Celebrities who crossed the red carpet on their way into the USC Norris gala included, from left, DeLon, Joey Piscopo and Joe Piscopo, and Fran Drescher. 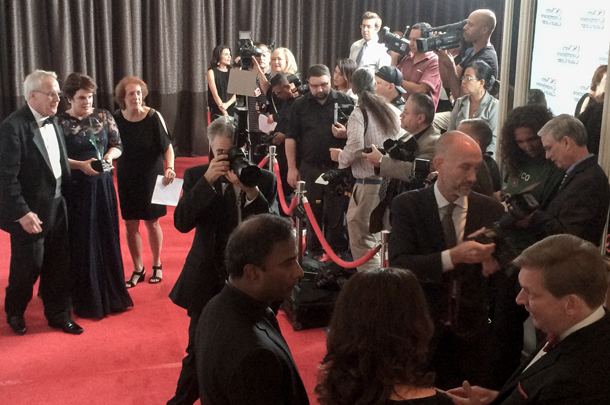 Honored guests such as David and Dana Dornsife were among those who crossed the red carpet as they entered the fundraising event to fight cancer.