They gathered to remember a colleague, mentor and leader — a “towering figure in American medicine” whose work in cancer research at Keck Medicine of USC echoes across the globe.

Brian Henderson, former dean of the Keck School of Medicine and founding chair of the school’s nationally ranked Department of Preventive Medicine, passed away June 20 in his San Marino home after a 13-month battle with lung cancer. He was 77. 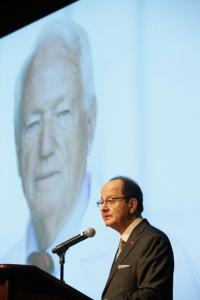 “A towering figure in American medicine, Dr. Henderson’s contributions as a physician, scholar and leader transformed our understanding of the hormonal basis of many human cancers, and led the way to effective medicines to prevent and treat cancer,” Gruber had said when Henderson died. “He saved countless lives.”

In a video tribute played for the audience, Msgr. Clement J. Connolly described Henderson as a deeply compassionate leader with a passion for medicine and social justice.

“He was a cherished friend who guided me many times in my life,” said Connolly, spiritual director of the Holy Family Parish in South Pasadena where Henderson and his wife, Judith, worshipped for more than 30 years. “His power lay in his ability to influence people and touch their lives with his compassion.”

Connolly said he met Henderson while working on Skid Row in Los Angeles, where the physician provided Skid Row residents with basic health care services. Henderson would often give them his home telephone number.

The two men forged a close friendship, and Connolly visited Henderson during the last weeks of his life.

Connolly recalled how Henderson marched alongside African Americans in the South during the civil rights movement and was once arrested for demonstrating against the use of nuclear weapons.

“I remember him for his soul and the gift of who he was in his humanity,” Connolly said. 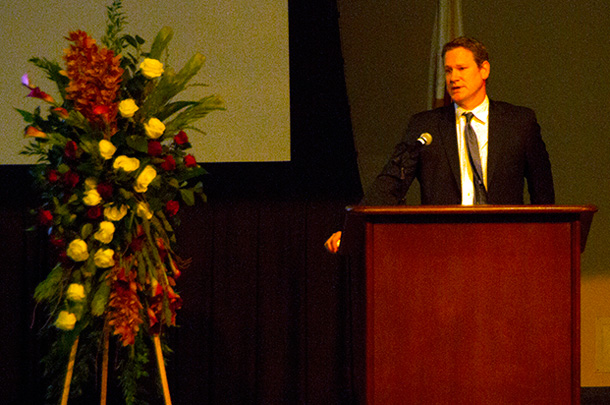 “His work inspired me and many others in this room,” Haiman said. “The scientific footprint he left on this world is much larger than any of us will know.”

Henderson served as Keck School of Medicine dean between 2004 and 2007. He steered some of the school’s most prominent research centers and held the Kenneth T. Norris Jr. Chair in Cancer Prevention. He was the first director of the Zilkha Neurogenic Institute and was director of the USC Norris Comprehensive Cancer Center when the USC Norris Cancer Hospital opened in 1983.

In 1972, Henderson set up the Los Angeles Cancer Surveillance Program — the county’s cancer registry — at USC. It remains a valuable resource to researchers across the globe.

A Bay Area native, Henderson loved spending time with his family, enjoying the outdoors and taking road trips to Yosemite.

Sean Henderson said his father had tremendous vision in the field of medicine and felt a deep connection to USC and the health sciences community.

“His relationship with USC was an intimate one,” Henderson said. “He was very comfortable here. He was at home here and proud to be a member of the Trojan Family.” 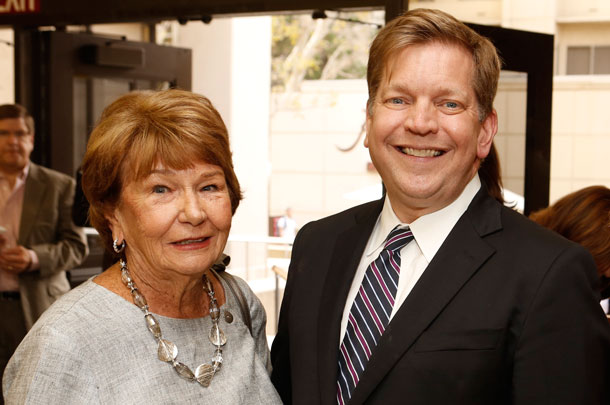 Judith Henderson and Stephen B. Gruber at the memorial tribute for Brian E. Henderson.