“These exceptional faculty members have brought immense honor to the university,” Quick wrote. “Please join me in congratulating them on their appointments.”

Cannon is a professor of molecular microbiology and immunology at the Keck School of Medicine of USC. She is a pioneer in the development of precision methods to genetically modify cells of the blood and immune systems. From her background as a virologist studying HIV and highly pathogenic viruses such as Ebola, she became interested in how these human enemies could instead be hijacked into delivering therapeutic genes to human cells. The early tools of this gene therapy lacked specificity, but her work with genome engineering reagents allowed her to manipulate the genetic material of blood stem cells at the scale of a single base of DNA information. Using this approach, her team has developed methods to create an HIV-resistant immune system in people who are infected with this virus, which she hopes will provide a long-term drug-free therapy for HIV.

Funded by both the National Institutes of Health and the California Institute for Regenerative Medicine, Cannon collaborates with many other scientists at USC and beyond who are interested in taking advantage of these exciting advances in gene and cell therapy. Outside of her lab, she is known as a passionate advocate for the HIV community, whose ability to explain science in a straightforward and entertaining fashion makes her a sought-after and highly effective speaker.

Cannon also has a long history of being an outstanding teacher and mentor for a large number of undergraduate, graduate and postdoctoral trainees, Keck School Interim Dean Laura Mosqueda, MD, said in a memo.

“Her commitment to service activities at the international, national and local level have been remarkable, considering her continued effectiveness as a top researcher, and she stands as a strong exemplar and role model for our junior faculty and trainees,” Mosqueda said. “We thank her for her untiring efforts, over the past few years, in encouraging the inclusion and representation of the HSC and CHLA campuses in university-wide initiatives and operations. As Keck Faculty Council President (2014-2015), Academic Senate President (2016-2017), and the immediate Past President for the Academic Senate (2017-2018), she also has been extraordinarily effective in her work for the greater good of the entire University community.” 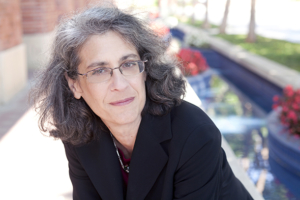 Saks is the Orrin B. Evans Professor of Law, Psychology, and Psychiatry and the Behavioral Sciences at the USC Gould School of Law with a secondary appointment at the Keck School, as well as director of the Saks Institute for Mental Health Law, Policy, and Ethics. She is a nationally recognized scholar in mental health law, developing solutions in the field of mental illness and changing the way society addresses issues of mental health, such as ethical dimensions of psychiatric research, use of mechanical restraints in psychiatric hospitals, and the criminalization of mental illness.

Saks herself lives with schizophrenia and has written about her struggles and successes in The Center Cannot Hold: My Journey Through Madness, which has won accolades from both literary critics and advocacy groups. She is an elected member of the American Law Institute and a recipient of the MacArthur “genius grant.”

For an updated list of all Distinguished and University Professors, go to https://www.provost.usc.edu/faculty-distinctions/university/.