Brad Spellberg, MD, professor of clinical medicine at the Keck School of Medicine of USC and associate dean for clinical affairs at Los Angeles County + USC Medical Center, was recently featured in the Netflix show “Bill Nye Saves the World,” which shot on the Health Sciences Campus in the summer of 2017. Episode four of season two, “Sex, Drugs and Superbugs” visits Spellberg’s lab to learn more about the dangers of superbugs and his research on how to combat them.

The show, which is available to Netflix subscribers, also features scenes filmed at various HSC locations. The trailer can be viewed here. 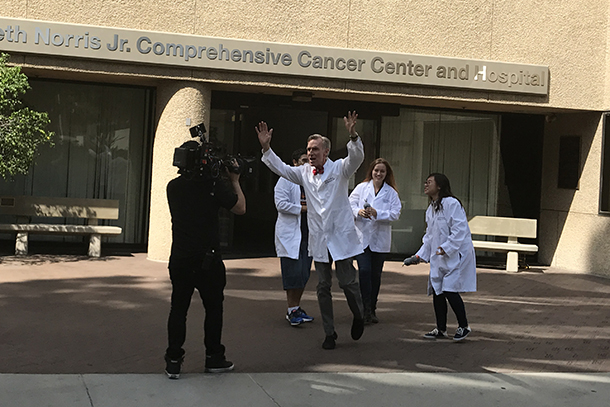