Commencement 2017: Newest physicians urged to have compassion throughout their careers

Friends and family of the 132nd class to graduate as doctors of medicine from the Keck School of Medicine of USC gathered at the Galen Center on USC’s University Park Campus on May 13 to offer their congratulations and cheer on their loved ones.

After greeting and congratulating the class, Rohit Varma, MD, MPH, dean of the Keck School and director of the USC Gayle and Edward Roski Eye Institute, opened his remarks with a quote from “The Summer Day,” by poet Mary Oliver.

“Tell me, what is it you plan to do, with your one wild and precious life?” he asked the assembled class. “We look forward to how you will contribute to the practice of medicine, to curing disease, to educating the next generation of physicians who will now follow you, and to improving the health and well-being of people around the world. I know that this is a tall order, but I also know that you are prepared for this journey.”

He also cautioned the class not to get too caught up in the technological and scientific advances that will occur during their careers.

“As important as it is to have innovation and technology, I hope that throughout your careers, another word will be as important to you and will guide you, and that word is ‘compassion’,” Varma said. 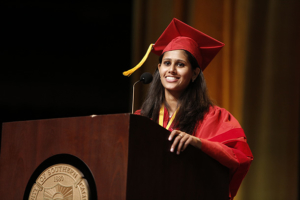 MD Class of 2017 President Erica Patel gives the student address at the May 13 commencement ceremony, held at the Galen Center. (Photo/Steve Cohn)

Erica Patel, president of the Class of 2017, offered the student address and enjoined her classmates to view their future patients as partners in healing, rather than the subjects.

“We should all strive to see our patients as people first, and diseases second,” she said.

Schaeffer noted that the costs of health care in the United States dwarfed those in other developed countries, and expressed his hope that the doctors of the Class of 2017 would take responsibility over the course of their careers for doing their share to help keep costs down as thought leaders both in science and in organizational efficiencies.

In addition to the degrees conferred upon the medical students, the ceremony served as an occasion to honor several faculty members. 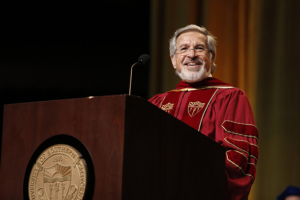 Leonard Schaeffer gave the commencement address to the Keck School of Medicine of USC’s MD Class of 2017. (Photo/Steve Cohn)

In recognition of their decades of commitment to improving health care and generosity to the Keck School, Barbara and Malcolm Currie were awarded the Elaine Stevely Hoffman Award.

At the close of the ceremony, Grand Marshal Henri Ford, MD, MHA, professor of surgery and vice dean for medical education, led the graduates in the Hippocratic Oath. 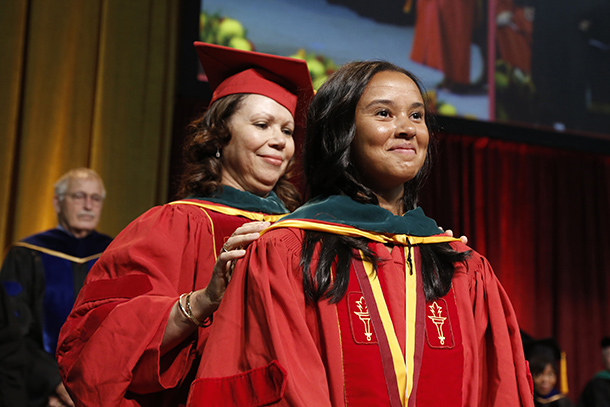 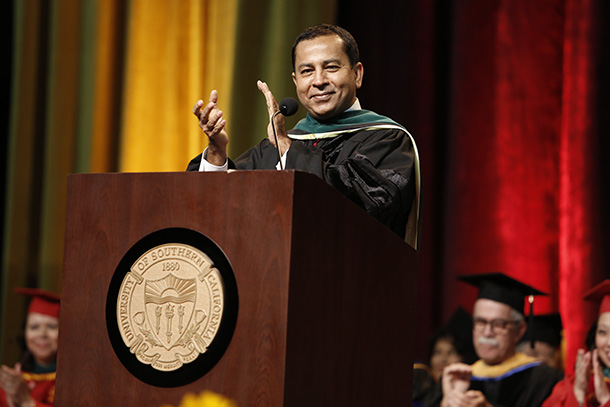 Dean Rohit Varma claps for the Keck School of Medicine of USC’s MD Class of 2017 during the commencement ceremony on May 13. (Photo/Steve Cohn) 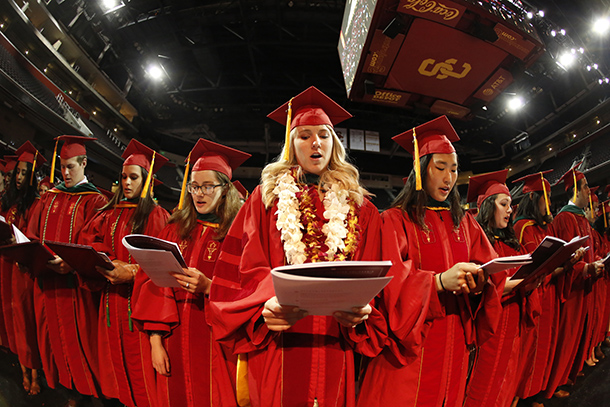 Students from the graduating Class of 2017 stand to recite the Hippocratic Oath at the close of the commencement ceremony. (Photo/Steve Cohn) 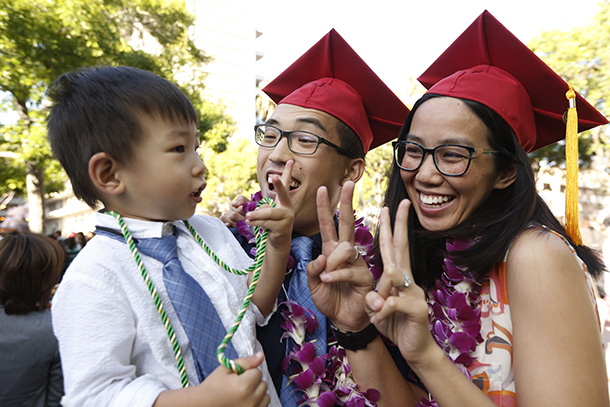 MD/PhD graduates Brian Wu, center, and Julie Jang try to teach their son Julian Wu, 2, how to throw a Victory sign, during the reception for the Keck School’s MD commencement ceremony. (Photo/Steve Cohn) 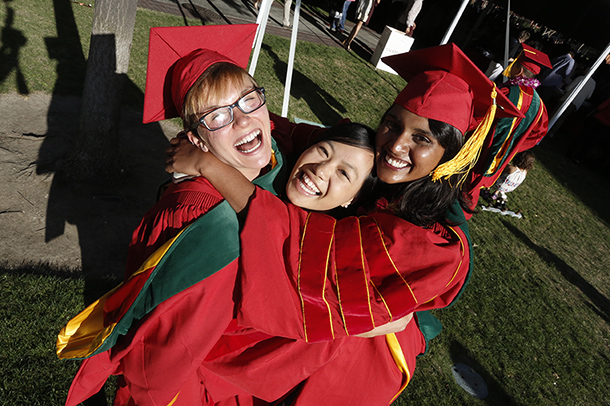 Jubilant newly-minted doctors celebrate their achievements at a post-commencement reception held on the campus of USC. (Photo/Steve Cohn) 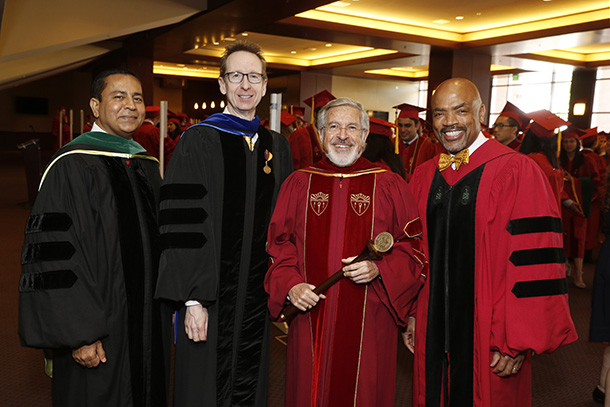 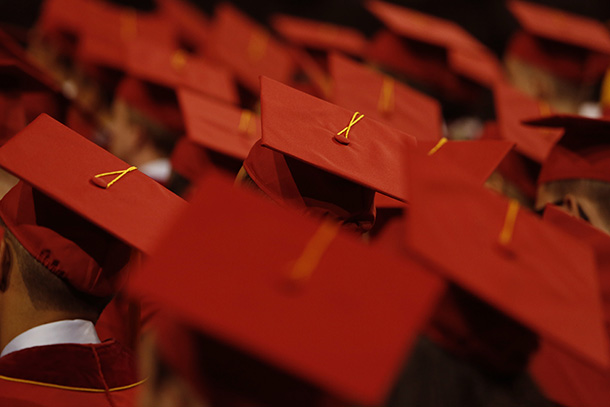 A sea of caps at the May 13 commencement ceremony for the graduating class of MDs at the Keck School of Medicine of USC. (Photo/Steve Cohn)