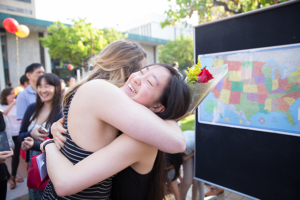 Cheers, tears and champagne toasts rang across the Harry and Celesta Pappas Quad in the morning sunshine as the Keck School of Medicine of USC’s class of 2017 learned where they would be spending their next few years of training as medical professionals.

Coordinated by the National Resident Matching Program (NRMP), thousands of graduating medical students opened envelopes at the same time across the country on March 17, to find out where they will be spending their residency.

Maria de Fátima Reyes stood on the quad steps with her beaming father and proud sister who had joined her to celebrate the day. Minutes before picking up the envelope with her residency information, Reyes said that no matter what the results, she was thrilled and honored to have reached this milestone.

“I’m from here, I grew up here and of course I would love to stay here (in California), but my real dream is to be able to bring medical care to communities that don’t usually have access to that care,” she explained.

One of the programs on her list was located in Kansas. 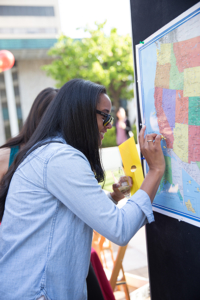 Lauren Mills places a pin on a map of the United States, signaling where she was matched for her residency, during Match Day celebrations, held March 17 at Pappas Quad. (Photo/Ricardo Carrasco III)

“It was a great program,” she recalled, “and I was honestly surprised. I didn’t really know anything about Kansas but I found a ton of Latinos there and not a lot of people in the medical community who really understood and supported that culture.”

Kansas, however, will have to make do with another resident, as Reyes is staying in California to complete her OB/GYN residency.

Opening remarks were led by Donna Elliott, MD, EdD, senior associate dean for student and educational affairs, who also is on the NRMP board of directors. Rohit Varma, MD, MPH, dean of the Keck School and director of the USC Gayle and Edward Roski Eye Institute, offered the day’s toast.

“I am delighted to be here with you on this exciting day,” he told the assembled crowd. “The Class of 2017 will always hold a special place in my heart, as you are the first class I have the privilege of toasting on Match Day in my new role as dean.

“I want to offer my sincere congratulations to all of the students and your families who are joining us,” he continued. “Today is the culmination of all your hard work and I am so very excited for each and every one of you as you open the envelopes that will signal the beginning of the next step of your lives.” 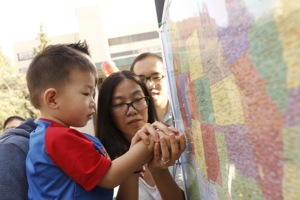 Julian Wu, 2, places a pin on a map of the United States on behalf of his parents, Julie Jang, center, and Brian Wu, back right, during Match Day celebrations, held March 17 at Pappas Quad. (Photo/Steve Cohn)

For married couple Julie Jang and Brian Wu, who both matched locally, Match Day marked the first time they would be able to make plans for their family, which includes 2-year-old Julian Wu.

“Now we get to pick out a school for him and decide what to do,” said Jang, who will be in the radiation oncology program at Los Angeles County + USC Medical Center and White Memorial Medical Center while her husband will be in the psychiatry program at LAC+USC. “We have a house in a great school district so we were already kind of settled, so we’re glad it worked out.”

Donna Elliott, MD, EdD, senior associate dean for student and educational affairs at the Keck School of Medicine of USC, began her remarks during the annual Match Day celebration with some statistics. Of the 204 students in the class of 2017: 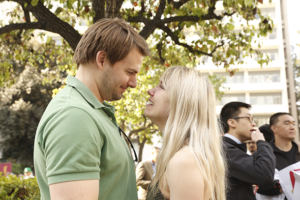 With emotions running high, here are some of the conversations that were overheard on Match Day:

“I’ve never been happier in my life.”

— Rachel Anderson, to Mark Portman, after they were couples-matched at UC Davis Medical Center

— Chris Brophy, who will be completing his residency at VA Greater Los Angeles Health System and White Memorial Medical Center

“My knees were so weak. They’re still rubbery right now.”

— Ricardo Gutierrez, who will be completing his residency at University of California, Irvine School of Medicine/Children’s Hospital of Orange County

“His father is a doctor and he always wanted to be a doctor. I think he will be an excellent doctor.” 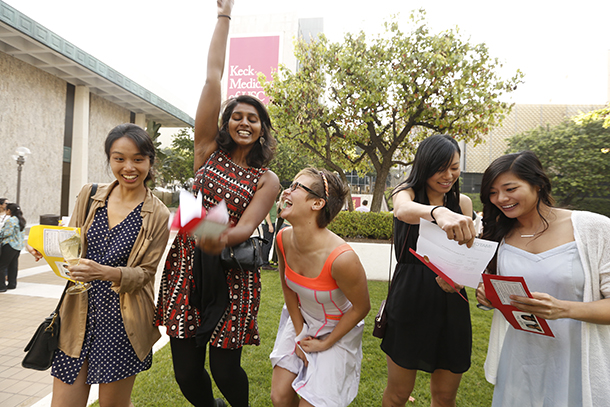 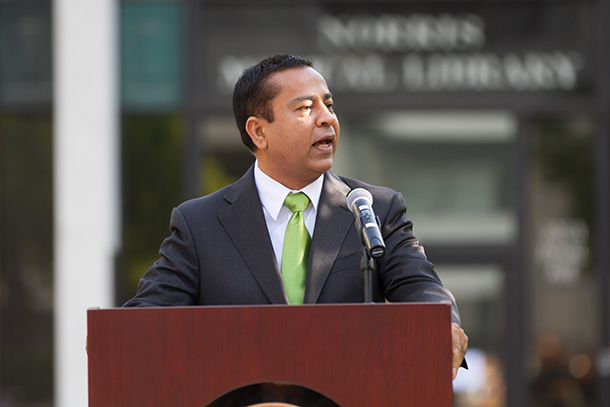 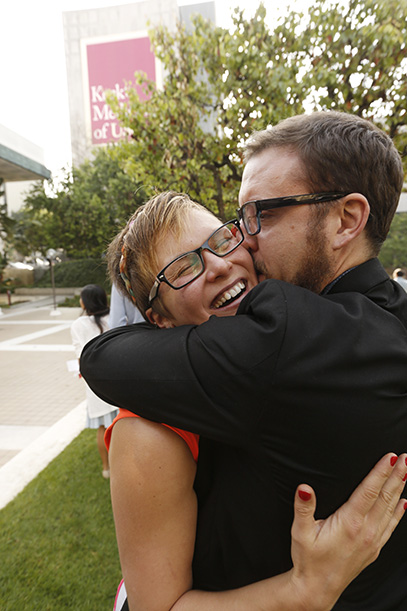