According to the American Society of Anesthesiologists (ASA), postoperative delirium is the most common surgical complication for patients 65 and older. It can result in increased length of stay, higher costs and additional risks to the patient’s health. And it’s preventable in up to 40% of patients.

In order to help minimize this risk, the ASA, in partnership with AARP, started a national movement called the Brain Health Initiative. Its mission: “To arm physician anesthesiologists and other clinicians involved in perioperative care, as well as hospitals, patients, and their families caring for older surgical patients with the tools and resources necessary to optimize the cognitive recovery and perioperative experience for adults 65 years and older undergoing surgery.” 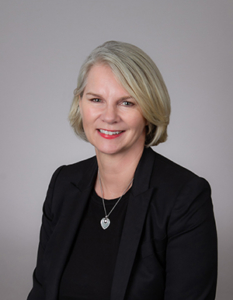 As vice chair of the initiative, Carol J. Peden, MD, MPH, is also clinical professor of anesthesiology at the Keck School of Medicine of USC and director of health systems innovation at the USC Gehr Center for Health System Science and Innovation. Driven to grow national awareness of the initiative, she reached out to colleague Justyne Decker, MD, clinical assistant professor of anesthesiology at the Keck School, who agreed that this project was something they could develop further at Keck Medicine of USC.

With Decker leading the project locally, they started the initiative at Keck Medicine with the implementation of a quick, preliminary screening tool to help identify older surgical patients at an increased risk for cognitive complications.

“We started by screening all surgical patients over 65 whose primary language was English or Spanish, so we could administer the test in their native language,” Decker said.

They found that roughly one in four patients screened showed results indicating a heightened risk — a figure consistent with the national average. Still, Decker found the result worrying.

“It was shocking to see the incidence of positive screens in our patient population,” Decker said.

For Decker and Peden, the next step was to recruit leading representatives from relevant medical departments at Keck Medicine: anesthesiology, geriatrics, family medicine, pharmacy, occupational therapy, surgery, nursing and analytics.

“We put in effort on our own time because we’re all passionate about this,” Peden said. “That’s what helped us move forward very quickly.”

Over a course of weekly meetings, the team developed a comprehensive workflow for patients and providers. While the pathway is highly detailed, the basic steps involve preoperative anesthesia assessment, geriatric preoperative assessment, pharmacy evaluation, and comprehensive postoperative follow-up care. The goal is to enhance education and awareness among patients and their families while mitigating risk as much as possible across the entire perioperative surgical process.

“I think our approach is relatively unique as we have such a multidisciplinary team, including occupational therapy,” Peden said.

The team continues to meet regularly and remains actively involved in ongoing reviews to ensure that the program will evolve in the most effective manner possible for patients and their health care providers. In the meantime, Decker and Peden are eager to see other health care systems across the nation implement their own branches of the Brain Health Initiative.

“Not every team is going to look the same, but it’s worth getting everybody involved and thinking about who is going to be seeing these at-risk patients to work with the resources they do have,” Decker said. “Just do it.”