Runners raced out of the starting gate at the 4th Annual LA Prostate Cancer 5K, held on Sept. 15 on the University Park Campus. Dubbed the “‘Stash Dash,” the event was held to raise money to help turn the page on the fight against prostate cancer. END_OF_DOCUMENT_TOKEN_TO_BE_REPLACED Read More »

Despite decades of efforts to control its use, tobacco continues to be the leading cause of preventable death and disease in the United States. USC is one of 14 academic institutions designated to receive significant funding to contribute to a new, first-of-its-kind regulatory science tobacco program intended to support tobacco product regulations.

The Keck School of Medicine of USC Department of Preventive Medicine will receive $20 million over five years, establishing one of 14 Tobacco Centers of Regulatory Science (TCORS) in Los Angeles. END_OF_DOCUMENT_TOKEN_TO_BE_REPLACED Read More »

NBA center Jason Collins gets candid at the Keck School

When NBA center Jason Collins came out as a gay man on the cover of Sports Illustrated magazine, he became a cultural icon — the first openly gay athlete playing a major American team sport. 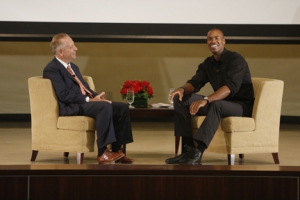 During the first of the Dean’s Distinguished Lecture series, Keck School of Medicine Dean Carmen A. Puliafito, MD, MBA, interviews NBA player Jason Collins on his coming out as an openly gay athlete.
(Photo/Steve Cohn)

“I am definitely not alone,” said Collins. “Statistically speaking, there are [gay athletes] in all sports.”

In a wide-ranging discussion with Keck School of Medicine of USC Dean Carmen A. Puliafito, MD, MBA. Collins discussed his coming out process, a phone call with President Barack Obama, on being a role model and his future in the NBA. END_OF_DOCUMENT_TOKEN_TO_BE_REPLACED Read More » 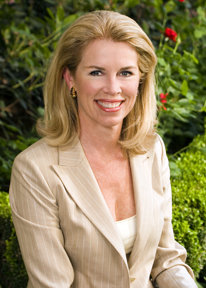 Keck School Board of Overseers member Deborah Lanni is a presenting sponsor at the 40th year celebration gala for the USC Norris Comprehensive Cancer Center.

Philanthropist and Pasadena resident Deborah Lanni has pledged $250,000 as a presenting sponsor to support the USC Norris Comprehensive Cancer Center, which is celebrating its 40th year with a gala celebration this fall.

The event, titled “40 Years of Progress — Discovering New Cures” will take place Friday, Oct. 11, from 6:30 to 10 p.m. at the Westin Bonaventure hotel. Award-winning comedian and actor Martin Short will emcee, and there will be special musical entertainment.

The goal of the event is to raise more than $1 million for cancer research at USC Norris while looking back on breakthroughs and successes and looking forward to the future of cancer research. END_OF_DOCUMENT_TOKEN_TO_BE_REPLACED Read More »

By Jon Nalick
As any courier knows, delivering a package on time is just part of the equation. But it also has to be delivered to the right place.

The same is even more true inside a human cell, where timely, accurate deliveries of chemical messages, proteins and fuel mean the difference between life and death for the cell—and between health and disease for the body as a whole.

The winners of this year’s Meira and Shaul G. Massry Prize are a trio of scientists — James Spudich, PhD, Michael Sheetz, PhD, and Ron Vale, PhD — who have deciphered how cells deliver key molecular components to the right place at the right time. END_OF_DOCUMENT_TOKEN_TO_BE_REPLACED Read More »