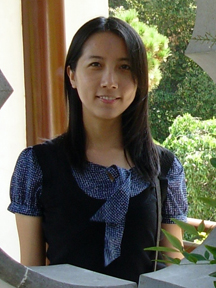 Chengyu Liang, MD, PhD, was the principal investigator on a new study that discovered two intracellular processes that could lead to novel therapeutics for cancer treatment.

Molecular microbiologists at the Keck School of Medicine of USC have uncovered intricate regulatory mechanisms within the cell that could lead to novel therapeutics for the treatment of cancer and other diseases. Their findings, which have long-standing significance in the basic understanding of cell biology, appear in the journal Nature Cell Biology.

“Our research reveals a new regulatory mechanism that coordinates two distinct intracellular processes that are critical to cellular homeostasis and disease development,” said Chengyu Liang, MD, PhD, assistant professor of molecular microbiology and immunology at the Keck School and principal investigator of the study. (Liang also is a faculty member of the USC Norris Comprehensive Cancer Center.)

The endoplasmic reticulum (ER) and Golgi apparatus are cellular organelles in eurkaryotic organisms where proteins are synthesized and packaged for secretion through the body. The trafficking of proteins between the ER and Golgi must be tightly modulated to maintain the health of the cell and prevent diseases like cancer from taking hold.

“Interest in the role of the ER-Golgi network during cancer cell death has been gaining momentum,” said Shanshan He, PhD, research associate at the Keck School and one of the study’s first authors. “In this study, we identified a novel regulatory factor for the Golgi-ER retrograde transport and a new mechanistic connection between the physiological trafficking and the autophagic transportation of cellular material.”

The researchers discovered that the UV irradiation resistance-associated gene protein (UVRAG), which has been implicated in the suppression of colon and breast cancer, coordinates the trafficking of proteins between the ER and Golgi apparatus, as well as autophagy, the natural process of breaking down cellular components.

“Given that the ER-Golgi network is often dismantled in malignant conditions and that UVRAG is intensively involved in different types of human cancers, this study gives us a new avenue to investigate anti-cancer agents that target UVRAG and/or the ER-Golgi pathway in cancer and other relevant diseases,” Liang said.