If two heads are better than one, then two labs are better as well. That concept underlies the new Doerr Stem Cell Challenge Grants in which teams of postdoctoral researchers from different USC labs receive up to $10,000 in funding to pursue interdisciplinary one-year projects.

“The goal of the program is to stimulate new interdisciplinary stem cell research projects initiated and proposed by students and postdocs,” said Andy McMahon, chair of the executive committee of USC Stem Cell. “This will enhance their creativity and independence, as well as their ability to compete for future grants supported by agencies such as the NIH.”

Together, they will study cell behavior during feather development. Specifically, they will use imaging tools to monitor how cells move and organize in response to bioelectric cues, which are electric currents within all living organisms.

“When stem cells form an organ, there are two major issues: to differentiate into the right cell types and to be organized spatially,” said Chuong, professor of pathology and principal investigator with USC Stem Cell. “The issue of organization has not been studied as extensively as differentiation. This work, when accomplished, will be a major paper.”

The other award went to a team in the Eli and Edythe Broad Center for Regenerative Medicine and Stem Cell Research at USC — Lindsey Mork from Gage Crump’s lab and Michaela Patterson from Henry Sucov’s lab. Together, they will use zebrafish to investigate the role of a gene, known as Tnni3k, in heart regeneration. When activated, this gene appears to lower the number of cells called mononuclear diploid cardiomyocytes that form new cardiac muscle following an injury such as a heart attack.

The project combines the Sucov lab’s expertise in heart generation with the Crump lab’s knowledge of zebrafish, which can heal from severe cardiac injuries.

“In this project, Lindsey and Michaela directly address a fundamental question in regenerative biology: namely, the cellular basis for the profound differences in regenerative capacity between mammals and non-mammalian vertebrates such as the zebrafish,” said Crump, associate professor of stem cell biology and regenerative medicine.

Sucov — a professor of stem cell biology and regenerative medicine, cell and neurobiology, and biochemistry and molecular biology — added: “I have no doubts that they will uncover important new mechanisms fundamental to heart regeneration through this project, and their success could lead to a longstanding collaboration between the two labs.” 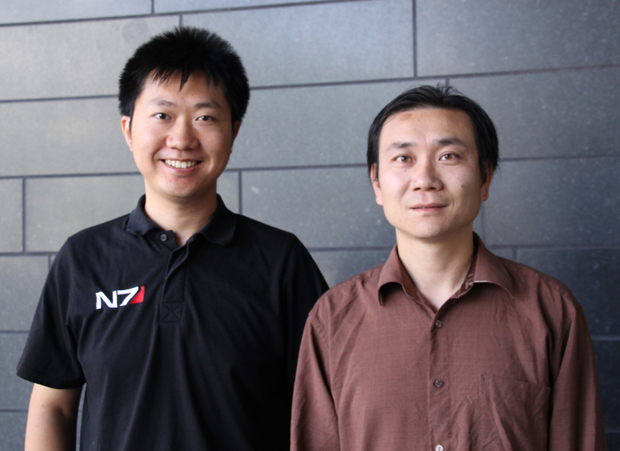