Emeritus Professor Shaul G. Massry, MD, was awarded the Distinguished Faculty Award and two graduates of the Keck School of Medicine of USC received alumni awards at the second Keck Scholarship Gala on Saturday, March 7, at Town & Gown on the University Park Campus.

“We are pleased to honor our generous supporters with this event,” said Carmen A. Puliafito, MD, MBA, dean of the Keck School. “Having the ability to offer medical scholarships helps the Keck School attract the most promising future physicians and researchers, and launch them on careers to save lives and advance medicine as tomorrow’s health care leaders.”

Massry is the former chair of nephrology at Keck School of Medicine of USC and president of the Meira and Shaul G. Massry Foundation, which awards the Massry Prize to recognize outstanding contributions to the biomedical sciences and the advancement of health. Twelve recipients have gone on to receive Nobel Prizes. 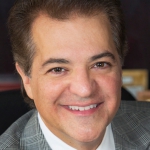 He runs a private internal medicine practice in Las Vegas and is chairman of Nevada’s gaming commission. Alamo has served as chief of staff of two Las Vegas hospitals and founded Alamo Medical Clinic. His award will recognize 16 years as a volunteer physician for the Las Vegas Metropolitan Police Department.

Alamo’s service during a hostage barricade situation in 2006 previously earned the police Medal of Unit Valor.

The recipient of the Distinguished Alumni Merit Award is J. Mario Molina, MD, who earned his USC medical degree in 1984. He is president and CEO of the Fortune 500 company Molina Healthcare, Inc., which serves more than 6.6 million beneficiaries of Medicaid and Medicare in 17 states and two U.S. territories. 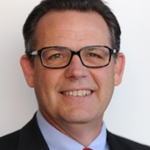 Molina previously received the E&Y Greater Los Angeles Entrepreneur of the Year Award and was featured in Time magazine as one of the 25 most influential Hispanics in America in 2005.