Russell P. Sherwin, MD, died peacefully at his home in Pasadena, Calif., on July 24. Sherwin served as a member of the Department of Pathology at the Keck School of Medicine of USC for 51 years.

Sherwin attended Johns Hopkins, Harvard, Dartmouth and Boston University Medical Schools en route to his earning his medical degree in 1948. He entered pathology training at the University of Vermont, then Georgetown, followed by Montefiore Hospital and the Veterans Administration Hospital, Bronx, New York. He also served in the military as a Medical Legal Examiner in the USAR European Command. 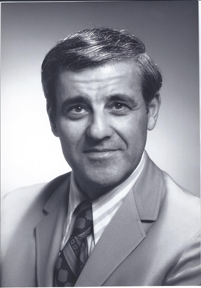 Sherwin served as a Coroner Volunteer for the Los Angeles County Medical Examiner’s Office for many years, and was on the Advisory Board of the California State Environmental Protection Agency from 1979 until his death.

Sherwin was appointed an assistant professor of pathology at USC in 1962, and Hastings Professor of Pathology in 1970. During his time at USC, Sherwin began a lifelong research collaboration with Arnis Richters, PhD, and Valda Richters, PhD, focusing on the effects of air pollution on the lungs, and on mesothelioma as a prototypic example of a malignancy linked closely to the industrial environment, specifically occupational exposure to asbestos. He had a long-standing relationship with the California Air Resources Board. Over five decades, this collaboration yielded more than 100 peer-reviewed publications, plus numerous abstracts, chapters, and national and international presentations.

He is survived by two daughters, a son, two grandchildren and a son-in-law.