Steven Siegel, MD, PhD, has joined the Keck School of Medicine of USC as chair of the Department of Psychiatry and the Behavioral Sciences. 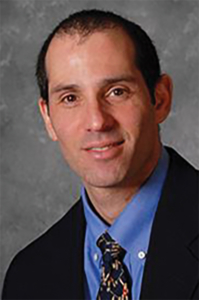 He was selected after a rigorous national search and joined the Keck School on July 1, according to Keck School Interim Dean Rohit Varma, MD, MPH, and Keck Medicine of USC Senior Vice President and CEO Thomas Jackiewicz, MPH.

Siegel is a practicing psychiatrist specializing in the treatment of schizophrenia and psychosis. He has authored more than 130 manuscripts on a variety of topics relating to schizophrenia and autism and is a physician-scientist, contributing to the investigation of the basic neurobiology of schizophrenia, autism, drug abuse and nicotine dependence.

Siegel has received numerous awards, including being named one of the nation’s outstanding clinicians by the National Association for Mental Illness; the Leonard Berwick Memorial Teaching Award, which is among Penn’s highest awards for the teaching of translational research; and the Martin P. Szuba Award for Excellence in Clinical Teaching and Research by the Department of Psychiatry at Penn. He holds MD and PhD degrees in neurobiology from Mount Sinai School of Medicine and a bachelor’s degree in neuroscience from Colgate University.

Varma and Jackiewicz thanked David Baron, DO, for serving as interim chair in the Department of Psychiatry and the Behavioral Sciences since July 2015 and described Baron’s leadership of the department’s clinical, research and educational missions and his work on faculty development as exemplary and invaluable.