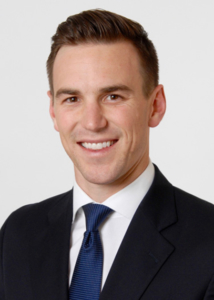 Jeffrey Ryan Hill knew from a very early age that he wanted to go into medicine — orthopaedic surgery in particular. A lifelong athlete, Hill’s first exposure to orthopaedic surgery occurred at the end of his sophomore year of high school, when he underwent knee surgery due to a basketball injury.

Hill found the whole process of his surgery fascinating. So fascinating, that he later went back and shadowed the surgeon that completed his successful surgery and got him back on the court without recurring issues. Shadowing his doctor was yet another important orthopaedic surgery milestone for Hill.

An Orange County local, he attended USC as an undergraduate, graduating second in his class. And he was thrilled to see that the same Trojan spirit and USC culture he had experienced in his undergrad years continued at the Keck School.

While at the Keck School, Hill’s rotation in orthopaedics confirmed for him that the field was where his true passion lay.

As a result, he’s headed to Washington University in St. Louis for an orthopaedic surgery residency. And as his doctor did for him, Hill is excited to help injured patients get back to what they love to do.

Hill credits the Keck School with being a collaborative, friendly and supportive environment, which he finds invaluable when working so hard. And he credits Keck School faculty, teachers and students for making his medical school experience such a great one.

He would love to come back to California post-residency, and USC in particular, to once again be a part of a large academic medical center — only this time to teach medical students.