Thousands of people celebrated across the University Park and Health Sciences campuses for the university’s 133rd commencement.

Nearly 17,000 degrees were given May 13 and 14 to a diverse group of USC graduates, representing all 50 states and 112 nations. The main commencement ceremony, held early May 13 on the University Park Campus, drew an estimated 60,000 people to support their loved ones in celebration of their achievements.

USC President C. L. Max Nikias praised the graduates gathered in Alumni Park, noting that they are forever members of the Trojan Family.

“Virgil reminds us that the Trojans’ will could even bend the will of the gods toward their favor. The Trojans always seized destiny,” Nikias said. “So remember: You do not go forward alone. You go forward as a member of a global Trojan Family with more than 350,000 members. And we shall always be at your side.” 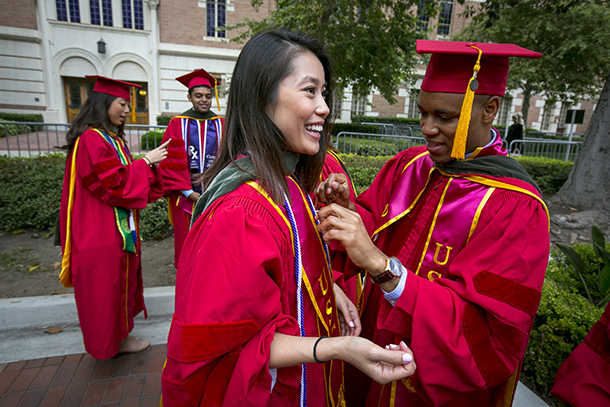 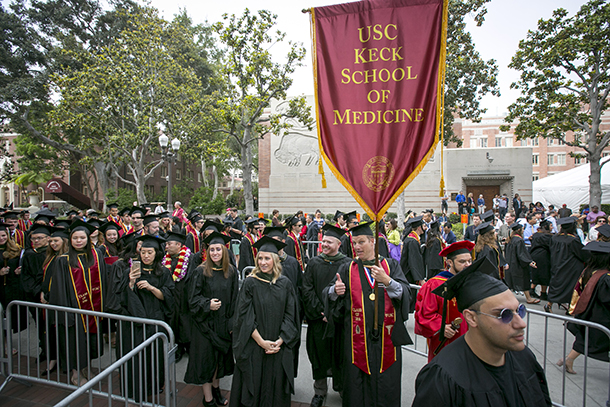 Students process in during the 133rd Commencement of USC on May 13, 2016 in Los Angeles. (Photo/David Sprague) 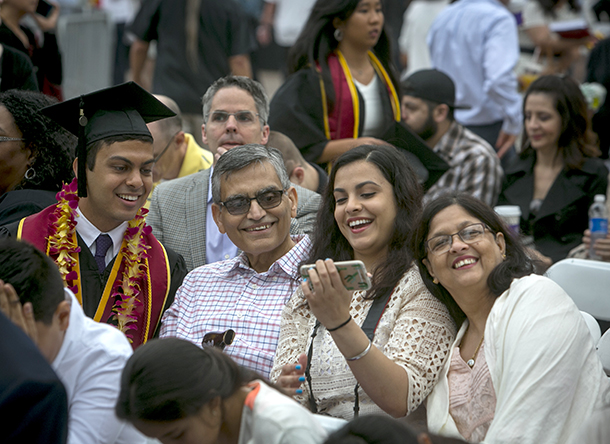 Varun Awasthi, a global health grad, looks over a picture with his family during the 133rd Commencement of USC on May 13, 2016 in Los Angeles. (Photo/David Sprague) 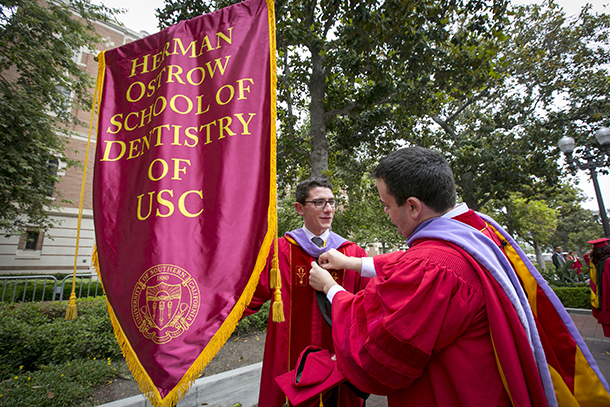 Graduates hold the flag for the Herman Ostrow School of Dentistry during the 133rd Commencement of USC on May 13, 2016 in Los Angeles. (Photo/David Sprague)