In this new role, Bluthenthal will establish a new Office for Social Justice within the medical school administration. The fundamental premise of such an office is that all people should receive basic benefits from the “institutions of society” based on justice, fairness, and the advancement of the public good. Specifically relating to health care, the Office of Social Justice may address such issues as community health, disparities in the provision of health services and treatment, fairness in public health policy, and advocacy for the fair distribution of health services and treatment. A key first step in establishment of the new Office of Social Justice will be a “Listening Tour,” where Bluthenthal will engage with community leaders, school and medical center leaders, faculty, staff and university colleagues in identifying and prioritizing areas of focus. 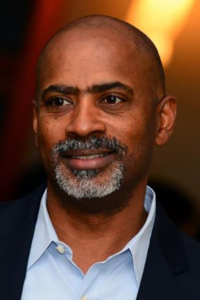 An important second area of effort will be in the development of curricula for medical and graduate students that explore issues such as how social justice relates to access to health care and fairness in public health policy, as well as to develop opportunities for advocacy.

Through his research and community leadership, Bluthenthal has been an active participant in social justice reforms for minorities and disadvantaged members of society. He conceived of and conducted the highly regarded California Syringe Exchange Study, one of the first statewide studies of syringe exchange programs in the United States, and led a community-based participatory research project that addressed multiple risk factors among vulnerable Latino adolescents and their parents through a multisession mindfulness intervention in East Los Angeles. Throughout his career, Bluthenthal has worked closely and in leadership roles with numerous community-based organizations, with an emphasis on issues of access to health care and treatment for underrepresented groups. In the 1990s, he co-founded the Oakland California Syringe Exchange Program and was a founding board member of the national Harm Reduction Coalition, an advocacy and training organization devoted to improving the health of people who use drugs. In addition, he has worked closely with stakeholders in several local communities addressing issues such as depression in the African-American and Latino communities, and the HIV prevention needs of incarcerated African-American men.

Bluthenthal is a renowned researcher in epidemiology and prevention of HIV infection among injection drug users and men who have sex with men, drug use epidemiology, health disparities, and community influences on health behaviors and risks. His research has established the effectiveness of novel interventions and strategies to reduce HIV risk and improve HIV testing among injection drug users and men who have sex with men, documented how community conditions contribute to health disparities, and examined health policy implementation. He has been principal investigator on numerous grants from the National Institutes of Health and the Centers for Disease Control and Prevention at the state and county level, as well as foundation grants, including the National Institute on Drug Abuse, the National Institute on Alcohol Abuse and Alcoholism, the National Institute on Minority Health and Health Disparities, the state of California and the Robert Wood Johnson Foundation. He has published more than 130 papers in peer-reviewed scientific journals including the American Journal of Public Health, Drug and Alcohol Dependence, Alcoholism: Clinical and Experimental Research, and Social Science and Medicine, among others.

Because of his expertise on risky behaviors and strategies for prevention, and the opioid crisis, Bluthenthal has been interviewed and quoted in numerous media reports, including by the Boston Globe, Los Angeles Times and NPR’s Talk of the Nation, and has lectured extensively at national venues on these topics as well. He currently serves on the editorial board of Drug and Alcohol Dependence and International Journal of Drug Policy. He has also served on numerous advisory boards and NIH study sections.

Bluthenthal received the Distinguished Scientific Contributions to Public Interest Award from the Society of Addiction Psychology/American Psychological Association in 2018, and the Excellence in Abstract Submission Among All Presenters Award from the HIV/AIDS Section of the American Public Health Association in 2017. He has been named Outstanding Reviewer by the American Journal of Preventive Medicine, International Journal of Drug Policy, and Drug and Alcohol Dependence.

Bluthenthal received his PhD in sociology from the University of California, Berkeley, in 1998. His first faculty position was assistant professor of psychiatry and human behavior at the Charles R. Drew University of Medicine and Science in Los Angeles. He went on to become dean and professor with tenure in the sociology department at California State University Dominguez Hills in 2006. He also served as a senior scientist in the health program at the Rand Corporation from 1998 until 2010, when he joined the faculty at USC as a professor in the Department of Preventive Medicine.