Alzheimer’s disease is the sixth leading cause of death in the United States, and more than five million Americans live with the disease, according to the Alzheimer’s Association. Conquering Alzheimer’s was the focus of the first Zilkha Mini­ Symposium on Alzheimer’s Research at USC.

The symposium, held on Aug. 26 in honor of a visit by the Alzheimer’s Association’s Maria Carrillo, PhD, and Susan Galeas, MSW, MPH, covered a variety of topics, including brain imaging and mapping, genomics, the blood-brain barrier, new therapeutics for Alzheimer’s disease and an overview of clinical research at USC. END_OF_DOCUMENT_TOKEN_TO_BE_REPLACED Read More » 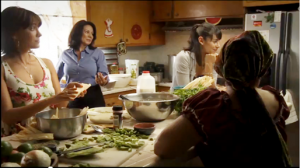 Cervical cancer is largely preventable and treatable. However, some populations — Latina and Korean women, especially — are not adequately screened, which leads to disproportionately high rates of the disease among them. END_OF_DOCUMENT_TOKEN_TO_BE_REPLACED Read More »

An experimental drug called 3K3A-APC appears to reduce brain damage, eliminate brain hemorrhaging and improve motor skills in older stroke-afflicted mice and stroke-afflicted rats with comorbid conditions such as hypertension, according to a new study from Keck Medicine of USC.

The study, which appears online in the journal Stroke, provides additional evidence that 3K3A-APC may be used as a therapy for stroke in humans, either alone or in combination with the FDA-approved clot-busting drug therapy tPA (tissue plasminogen activator). Clinical trials to test the drug’s efficacy in people experiencing acute ischemic stroke are expected to begin recruiting patients in the United States in 2014. END_OF_DOCUMENT_TOKEN_TO_BE_REPLACED Read More » 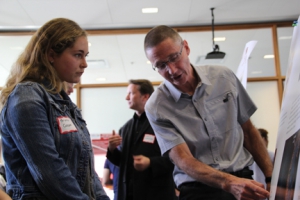 The dessert tray and cheese platter seemed self-renewing at the first USC Stem Cell Social, held on Oct. 25 at the Eli and Edythe Broad CIRM Center for Regenerative Medicine and Stem Cell Research at USC. Nearly 100 guests toured the labs, viewed research posters, voted on their favorite scientific images and mingled with researchers and faculty at this public event hosted by USC Stem Cell and the California Institute for Regenerative Medicine (CIRM) in honor of Stem Cell Awareness Day. END_OF_DOCUMENT_TOKEN_TO_BE_REPLACED Read More »

Tiny technology may be the future of medicine

Sometimes the smallest tools are required to tackle the biggest problems. At the forefront of innovative research on regenerative medicine and cancer treatment, experts from the top research institutions in the greater Los Angeles area converged for the first-ever UCLA-USC-Caltech Nanotechnology and Nanomedicine Symposium on Oct. 18. END_OF_DOCUMENT_TOKEN_TO_BE_REPLACED Read More »