Keck team climbs to the top at Lung Association fundraiser

A group from Keck Medical Center of USC was the top fund-raising team in the Fight for Air Climb, a stair-climbing event held April 11 in downtown Los Angeles. The Keck Medical team was also the largest group, with 46 registered, although not everyone actually climbed the skyscraper. Participants had to raise at least $100 to join the climb up the 1,391 steps needed to reach the 63rd floor of the Aon Center. As of April 27, the American Lung Association fundraiser had brought in $157,515, about 73 percent of its goal. Donations are being accepted through May 11. The team from Keck Medical Center had raised a total of $5,819, which was about $700 more than the second-place group. 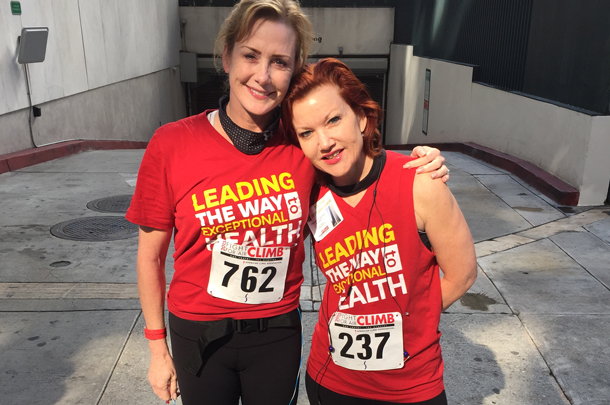 Keck Medicine of USC participants in the Fight for Air Stair Climb on April 11, 2015. 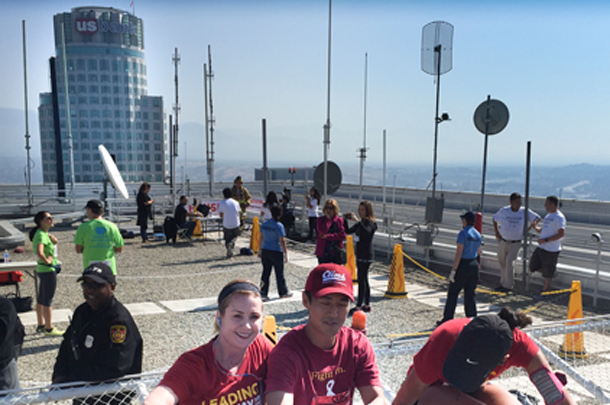