The physicians of Keck Medicine of USC were celebrated and acknowledged for their commitment to exceptional patient care on National Doctors’ Day, March 30. Physicians at Keck Hospital of USC and USC Norris Comprehensive Cancer Center were treated to breakfast and each received a Keck Medicine of USC golf umbrella. USC Verdugo Hills Hospital physicians were treated to a dinner reception with carnival games and a raffle.

Along with being recognized by their colleagues, physicians also were honored by grateful patients. Several hundred patients wrote in notes of gratitude and made donations in honor of their physicians. The notes and carnations were handed to physicians as they signed in for their event.

National Doctors’ Day is observed as a national holiday and was signed into law in 1990 by President George H.W. Bush to commemorate the important work of physicians. Doctors’ Day marks the anniversary of the first use of general anesthesia in surgery by a Georgia physician in 1842. 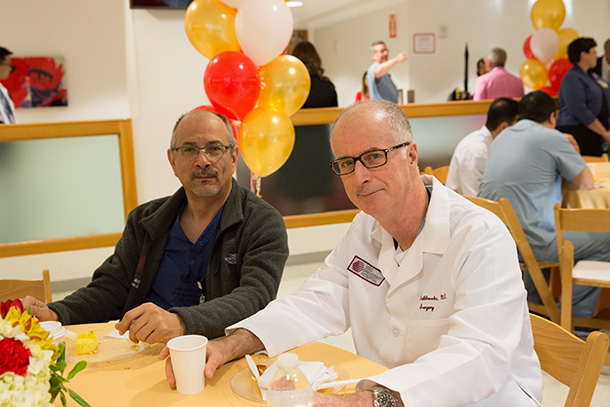 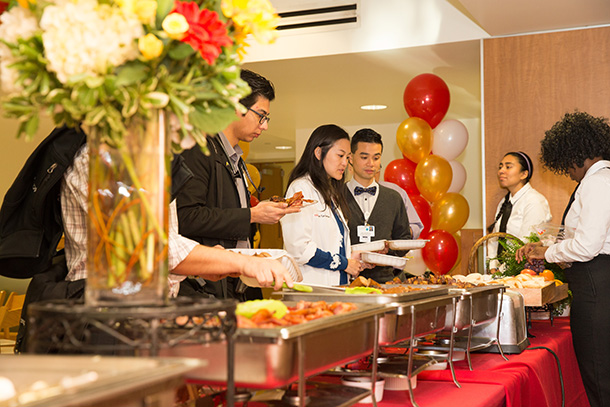