In a pair of studies published in Nature Communications in September and in The EMBO Journal in August, Ying and his team revealed some of the ways that ESCs and EpiSCs retain their pluripotency, or ability to differentiate into virtually any kind of cell. 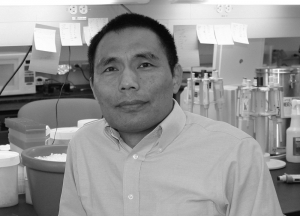 “These new findings have allowed us to develop conditions for the efficient propagation of human ESCs, and might also enable us to establish pluripotent stem cells from different species,” said Ying, associate professor of stem cell biology and regenerative medicine at the Eli and Edythe Broad Center for Regenerative Medicine and Stem Cell Research at USC. “This has far-reaching implications for a variety of applied areas of investigation, ranging from manipulating agricultural animal genomes to developing stem cell-based therapies for ailments such as Parkinson’s disease or spinal cord injuries.”