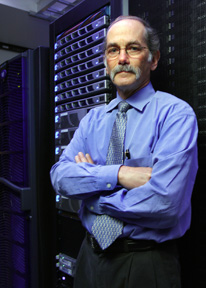 USC is about to get even brainier. Already a leading center for research on the neurological basis of emotion, the university announced today a major cluster hire of an institute with 110 faculty, researchers and multidisciplinary staff in the field of brain mapping and neuroimaging—the critical work that allows us to actually see the physical structure and circuitry that generates our mind, behavior and consciousness.Headlining the move are Arthur W. Toga, professor of neurology and co-director of the Division of Brain Mapping in the Neuropsychiatric Institute at UCLA, and Paul Thompson, professor of neurology and psychiatry at UCLA. Toga is director of the Laboratory of Neuro Imaging (LONI), which will come to USC in the fall, bringing with it a full faculty contingent and international research collaborations.

“USC prides itself on recruiting transformative faculty who excel in their own fields of interest and whose affinity for collaboration helps erase the boundaries between disciplines,” said USC President C. L. Max Nikias. “This cluster hire will help us move one step closer to understanding the structure and function of the human brain. Professors Toga and Thompson—and their talented team—will enhance the quality of this research at USC and improve the lives of people around the world.”

At USC, Toga and Thompson will hold joint appointments at the Keck School of Medicine of USC and the USC Viterbi School of Engineering. They will be joined in their move to USC by a team of faculty, researchers, programmers, data analysts and doctoral students working to detail how diseases—such as Alzheimer’s, schizophrenia and depression—are physiologically and chemically reflected in structural changes to the brain.

“The definition of ‘catalyst’ is an ‘agent that speeds significant change,’” said Keck School Dean Carmen A. Puliafito. “These two pre-eminent scientists fit that description perfectly. Their important advances in neuroimaging will enhance the work we are doing here at the Keck School of Medicine. With Professors Toga and Thompson on our faculty, the Keck School is poised to become a leader in the fields of brain mapping and neuroimaging, untangling the secrets of diseases and conditions including traumatic brain injury, autism and stroke. We are very excited to welcome them here.”

Together, these scientists will form the core of a new neuroinformatics institute housed on the USC Health Sciences campus. The researchers will build on decades of accumulated expertise and collaboration in the development of novel approaches for analysis of visual, genetic and clinical data.

“Arthur Toga is a world leader in brain imaging, an area of great importance to neuroscience and neural engineering. We are thrilled that he is joining USC and the Viterbi School, where significant strength already exists in imaging and neural engineering. With ‘reverse engineering the brain’ being one of the National Academy of Engineering Grand Challenges, Arthur and his team’s addition contributes to our vision for addressing the important issues of our times,” said USC Viterbi School Dean Yannis C. Yortsos. 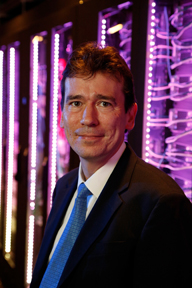 Several LONI efforts are part of an emerging field known as “connectomics,” which has been compared in scope to the quest to map the human genome. As a prominent part of the Human Connectome Project, the LONI team is working to invent and refine techniques that will allow for atom-level four-dimensional maps of the more than 100 billion neurons and 1,000 trillion connections in the living human brain.

This, in turn, generates new leads for understanding the basis of neurodegenerative diseases—and creates opportunities to collaborate with specialists in those disease areas to create disease-specific atlases and to develop imaging approaches to track the effects of medication and antipsychotic drugs in the brain.

“There’s a buzz and excitement at USC that is attractive to anybody that likes to build programs, which we do,” said Toga, who has served as associate dean at the David Geffen School of Medicine and associate vice provost of informatics at UCLA, where he has taught since 1987. “And it’s also an opportunity to refresh ourselves, to begin to look at new ways of developing exciting collaborations, programs and projects.”

He continued: “The people that we’ve met so far [at USC] are just plain impressive. You come away from having these deep conversations and you go home and you think, ‘I want to work there.’ To me, that’s an important part of making a life-changing decision like this: You have to have a feeling that working with these colleagues is going to enhance what you do, and that you have an opportunity to contribute to the university at large.”

Moving LONI to USC will be a logistical feat involving a supercomputer, wet labs, a production studio and more than four petabytes of data. The new USC Institute for Neuroimaging and Informatics will continue to serve as a hub for massive multisite data projects such as the ENIGMA Project, led by Thompson, a research collaboration among 125 institutions worldwide and the largest brain-imaging study ever conducted.

“We’ve worked with many USC faculty for years, so it does feel like we’re just meeting old friends and making new ones at the same time,” said Thompson, who cites the Zilkha Neurogenetic Institute at the Keck School and the Eli and Edythe Broad Center for Regenerative Medicine and Stem Cell Research at USC, among many others, as areas for collaboration across the university. “There’s a whole new landscape of discovery in this field. Early brain imaging studies sought to find out what parts of the brain were damaged with certain diseases. What is now coming to the forefront of neuroscience and neuroimaging is examining how different parts of the brain speak to each other, what are the principles of communication and how do these systems change with disease. If you look at work on autism, or even to some extent Alzheimer’s disease, we’re beginning to see a picture where diseases disturb the patterns of connections in the brain. These new technologies are opening a window on these disorders.”

Between them, Toga and Thompson have published well over 1,000 articles, including revolutionary computational and mathematical strategies for mapping how diseases spread in the living brain. “We are both cases-in-point of the value of working at the interface between disciplines,” Toga said. “Aggregating data not only across modalities, across subjects and across institutions—but even across diseases—may afford us the opportunity to discover patterns that haven’t been discovered before. We’re integrationists, very much trying to bring together a whole that is greater than the sum of its parts.”