For minority students who dream of being doctors, ‘Keck is where you want to be’

Attending medical school can seem like a pipe dream for many students, particularly minorities, but the Bridging the Gaps Summer Research Program at the Keck School of Medicine of USC can turn that dream into a reality. 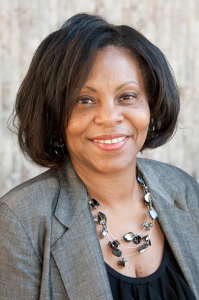 Joyce Richey has directed Bridging the Gaps since its inception.

“The program was created to address the under-representation of minority students within medicine and the biological sciences and with hopes of attracting them to Keck,” said program director Joyce Richey, PhD, chief diversity officer and assistant dean of educational affairs.

In the four years since the program began, 71 minority undergraduate students have participated. To date, more than half of those students have applied to the Keck School and 17 applicants have been accepted. Alumni of the summer program are now part of the Trojan family and enrolled in the MD, PhD and Global Medicine programs.

In addition to the Keck School students, 95 percent of Bridging the Gaps participants overall have been successful in gaining acceptance and matriculating in their desired medical or graduate programs at other prestigious institutions such as Columbia and Yale.

Bridging the Gaps runs for eight weeks during the summer in the laboratories of Keck School faculty members who also serve as mentors for the students. During this time, the students work on research projects alongside their  mentors. In addition to lab research, students have the opportunity to witness the impact of the diseases they are studying while shadowing faculty physicians. The program embraces a true bench-to-bedside model.

One program participant, Vanessa Arientyl, studied how oxytocin affected social behavior in mice.
“It was nice learning how to really build a project from the beginning. I got to learn how research really works, collect the data and present it,” recalled Arientyl, who is now a second-year medical student at the Keck School.

Arientyl is one of six Keck School medical students from Rutgers University in New Brunswick, N.J.

“We have created a pipeline with Rutgers; each year we’ve had two students from Rutgers,” says Richey with a smile. “It had been difficult to pull students from back east here, and now, with this particular institution, it’s almost an unwritten goal: ‘Keck is where you want to be.’

Bridging the Gaps students attend weekly seminars that benefit not only their current research but also their futures in the medical field. Students conduct research in a variety of disciplines, some of which include metabolic diseases, oncology, cardiovascular, neuroscience, immunology and stem cell.

“The program has created a powerful national recruitment network among participants. Many of the students come from historically black colleges and universities, such as Xavier, Spelman and Morehouse, as well as Ivy League institutions such as Harvard and Cornell. They all return to their home institutions encouraging classmates to apply to the program, or the Keck School in general, because of their incredible experiences over the summer,” Richey said.

Another Rutgers recruit is Djani Robertson. He was a 2014 program participant and is currently a first-year medical student at the Keck School. He says not all of the benefits were from working in the lab, where his research involved children with congenital adrenal hypoplasia.

“I enjoyed the whole program, because even though we did research most of the day, we still got to network with other physicians, and they had students talk to us about what medical school is like,” Robertson said. 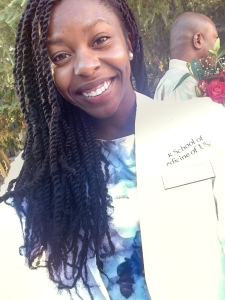 Vanessa Arientyl is now a second-year medical student at the Keck School.

Arientyl also said the program was about more than just lab work.

“One of the best parts of the experience had to be the people that I met in the program,” she said. “I still talk to those people today… the friendships I built here are my favorite.”

It’s not just students who benefit, Richey said, noting that 80 percent of mentors have been with the program from the beginning.

“These students are highly motivated,” said Richard Watanabe, PhD, professor, preventive medicine, physiology and biophysics, who has been a mentor every summer since 2011. “It’s been a real pleasure to interact with them. You get the sense they have a real sense of responsibility and purpose, which makes mentoring them that much more satisfying.”

Watanabe also noted another Bridging the Gaps benefit, this one to the Keck School itself: “Like many universities, we have serious problems when it comes to under-represented minority students in the STEM fields.”

“I feel my own personal journey parallels many of the students in this program,” he said.  “I like to think that if my participation in the program helps to bring one additional under-represented minority student to USC or helps others get into programs at other institutions, then it was worth my time and investment.”

Ite Laird-Offringa, associate dean of graduate studies at USC and another mentor who has been with Bridging the Gaps since its inception, has similar feelings.

“I get tremendous satisfaction from the growth I see in our summer interns, with respect to knowledge they gain, the joy they experience in the lab setting, and the expanded vision they will take back to their universities as they continue their studies,” Laird-Offringa said.

“We aim to pick an area that hits home with the student and interface that with a clinical experience,” said fellow mentor Alicia McDonough, PhD, professor of cell and neurobiology.
Applications for summer 2016 are being accepted through Feb. 12, 2016.

For Arientyl, the dream is almost realized. Soon enough, she’ll be working as a third-year medical student at Los Angeles County+USC Medical Center.