Ghecemy Lopez, MEd, speaks with experience from multiple perspectives when she gives that advice to cancer patients. Lopez is a cancer information resource and navigation specialist at the USC Norris Comprehensive Cancer Center, and a two-time cancer survivor, so she knows the roller-coaster ride of treatment and recovery firsthand. 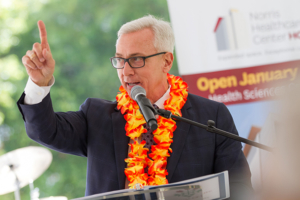 “This odyssey that we have to go through when we’re diagnosed is difficult, but the most important thing is to remember that we have one more opportunity for every day we wake up in the morning,” Lopez said in Spanish. “Don’t waste it.”

Lopez was one of several speakers at USC Norris’ 28th annual Festival of Life, an event that unites nearly 1,000 cancer survivors, caregivers, family and friends to celebrate the resilience and tenacity of everyone involved in the sometimes complicated journey of cancer survivorship. 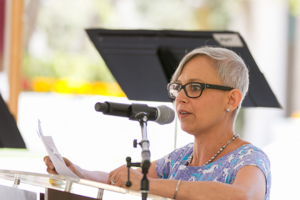 Cancer survivor Emily Winfield shared the emotional story of her diagnosis of Stage 4 metastatic colon cancer at age 41, taking the audience with her from the moment she woke up in the recovery room and received the news, to finding Heinz-Josef Lenz, MD, professor of medicine and J. Terrence Lanni Chair in Gastrointestinal Cancer Research at the Keck School of Medicine of USC. It was after an appointment with her initial oncologist that she knew she had to find a doctor willing to support her fight against cancer.

“(The first oncologist) gave me devastating news and I looked at him very kindly and said, ‘I’m sorry, I only asked you so that I knew what I was up against,’” she recalled. “‘You see, I’m not a statistic, I’m not an exception to a statistic, I’m an Emily. And unless you know what that means and you can help me find the most current research out there and a way to save my life, then you need to get out of my way.’”

Winfield praised Lenz and his team at USC Norris, sharing that after a glorious, cancer-free year, she returned for chemotherapy to fight trace amounts of cancer that had been detected during a new blood biopsy test that can detect cancer before tumors even have a chance to form.

“I’m proof that all this research that we’re doing, it’s working,” she said. 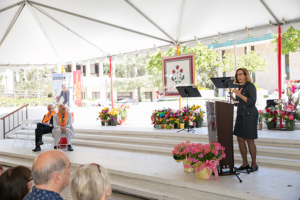 Ann Mohrbacher, MD, associate professor of clinical medicine at the Keck School, was the event’s physician speaker and briefly detailed cancer treatment breakthroughs in the past few decades, from the development of antibodies to treat blood cancers to today’s cutting-edge research in gene therapy.

“Immunotherapy has been around since I trained,” Mohrbacher said. “We’re just now finally succeeding in unique ways and in cancers that never had immunotherapy before.”

The research being conducted at USC Norris is aimed at more effective treatments for patients with fewer side effects.

She also expressed her gratitude for the bravery of the first patients who participate in new treatments, advancing the field for subsequent generations. Their continued survival is her reward, she emphasized.

“Hearing about your life is my best thank you,” Mohrbacher said. “One of the transformative experiences of cancer is realizing how many people do care, how many people care about you, about others and want to help them. … The people who took care of you when you were sick are now rejoicing in your wellness.” 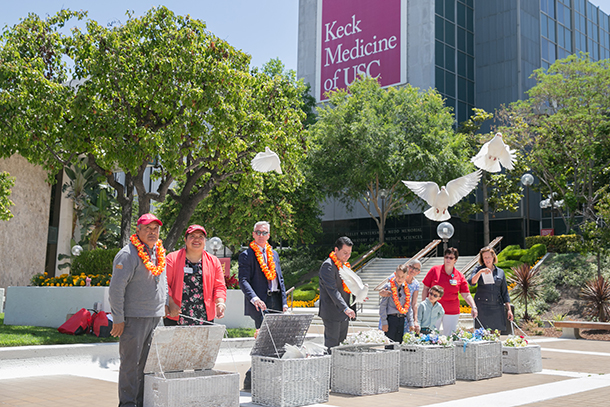 Doves are released during the annual Festival of Life. (Photo/Ricardo Carrasco III) 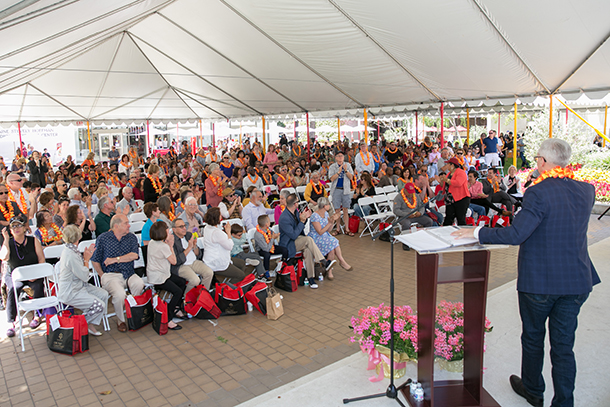 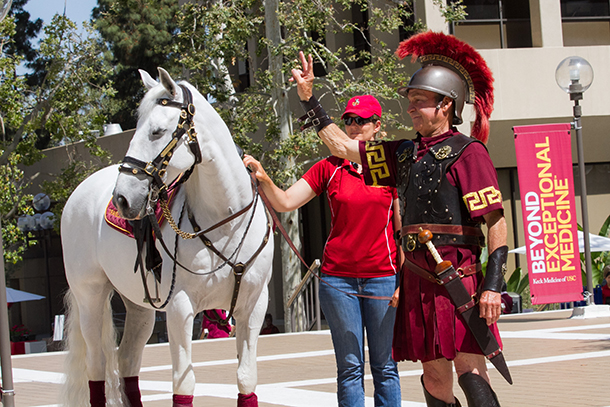 The university’s equine mascot, Traveler, was among the attendees at the Festival of Life. (Photo/Ricardo Carrasco III) 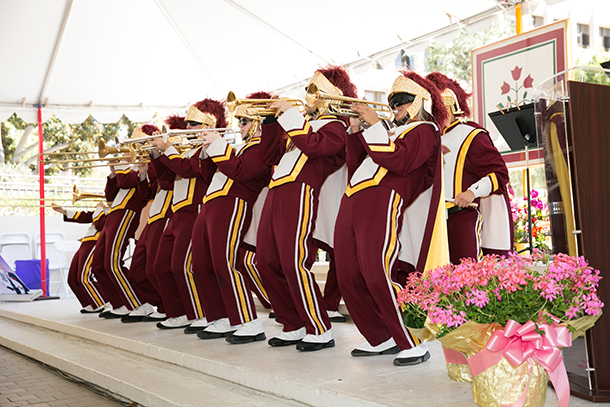 The USC Trojan Marching Band performs to kick off the Festival of Life. (Photo/Ricardo Carrasco III) 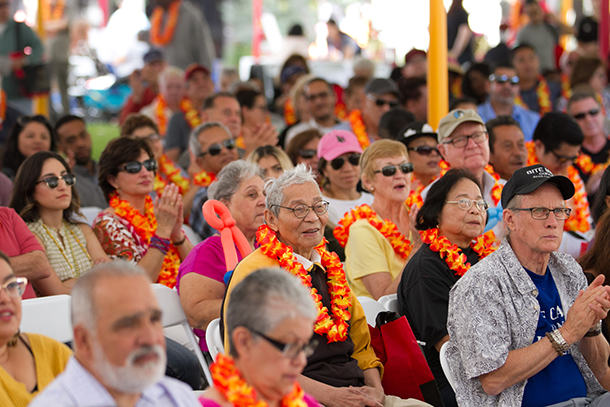 Attendees at the Festival of Life include cancer survivors, caregivers, family and friends. (Photo/Ricardo Carrasco III) 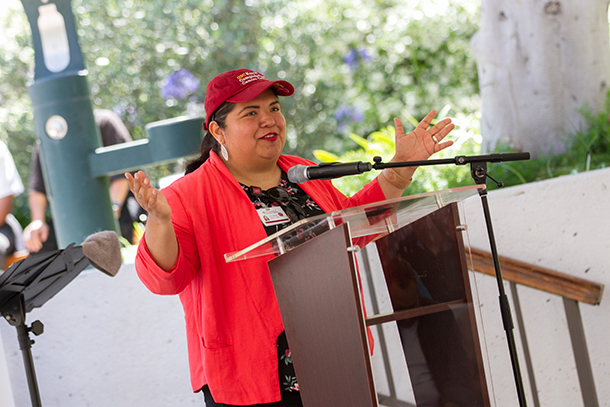